Dr Alex M Thomas, spoke about his recent book, and referred to a Telugu writers’s anthology of stories to present theme and content of his book. To illustrate various arguments in the book, the author used literature to underscore his criticism of the mainstream version of economics. In one example, citing the Telugu writer, Skybaaba’s collection of short stories Vegetarians Only, the author points out that the Wholesale Price Index (WPI) or the growth curve does not explain why a Telugu Muslim is unemployed and is unable to feed a dependent family when the remittances sent by a lone male relative in a West Asian country is the only income for the person.

Dr. Thomas also pointed out to the participants about the visual arguments which complement the arguments in his book done by his former student, Sahana Subrahmanyam. In laying the Indian context for the book, the author emphasised on the influence of economists such as Krishna Bharadwaj, K N Raj and jurist, economist and Dalit leader B R Ambedkar on his book as it discusses themes such as how value and distribution, agriculture and caste operate in India.

The School of Law, Mahindra University, organised a program called ’ the Author and his book”. Scholar Dr. Alex explained the theme and content of his new book ”Macroeconomics: An Introduction”, (CUP, 2021) on March 11, 2022. Dr. Alex, Assistant Professor of Economics, School of Arts and Sciences, Azim Premji University, Bangalore classified his talk into three main sections - economics as a discipline, as it is studied and as is seen in practice through public policy and the larger capitalist system, one that is dominated by the mainstream version which focuses on the ”homo economicus”. This version made up of the New Keynesian and New Classical streams emphasise on the rational economic agent (male in most circumstances) as the primary actor in a world divided by supply and demand of resources. They also focus on aspects that underscore the almost sleight of hand manner in which economics as a discipline writes away many aspects of society which depend on the ability of individuals to navigate the social and economic worlds based on forms of social identity such as caste, gender, tribe, access to power/ material resources, etc.

In the process on the development and policy level, data collected as part of the macro-economy too on many levels does not reflect the lived realities of individuals. In that context, his book aims to introduce students and the discerning reader to a more pluralist account of the economy/ society using tools from literature, politics and history. The author pointed out the larger aim is to look at economics knowledge through the prisms of social science-humanities/economic theory (paradigms and varieties of schools of thought), empirical evidence as collected from the field, as well as the knowledge gained at the group and individual levels through experiential learning.

The first section of the talk focused on investment. Investment as seen through enhancing capabilities of the larger public through setting up of educational institutes, health care facilities, etc. which can then contribute to building the productive capacity of individuals to society whether at the micro, meso or macro levels. This form of investment also includes other structural inputs such as infrastructure in the form of roads, internet facilities, public services that also add to the productive capacity or output as captured to some extent within the composite idea of the gross domestic product (GDP). Dr. Thomas emphasised that the state must promote investment in most public sectors and that the private sector contributes too in the form of research and development and building productive capacity to economic activity.

The second and third sections looked at the way in which inflation and economic growth plays a role in society. Inflation as an idea captures the political imagination unlike many other economic ideas. But its actual role and the way in which it is studied reflects a lack of imagination within mainstream accounts for economics that d onot capture various  real fluctuations such as lack of full employment and drops in income levels of individuals or groups.

The last section of the talk had the author painting a broad picture of the rest of the book including the influence of mainstream economics on other disciplines such as political science and ultimately public policy which has various deletirious effects on society and the public at large. The author also emphasised on aspects such as the buidling of narratives in economic and public policy through abstract ideas such as the black economy, dual, village economy, etc and the need to going beyond dualities as pushed by macro and monetary economists within policy circles like Milton Friedman and more recently Jeff Sachs. He iterated about the minimal focus within mainstream economics on issues of the environment and aspects of gender.

The Mahindra University fraternity, including students and faculty engaged with the author on various aspects of economics including India’s growth story since the economic reforms of 1991, the divergence in manufacturing labour wages and management remuneration since 1997, and the larger context of recent economic developments in India including privatisation of various sectors, macroeconomic decisions of the government and impact on citizen’s lives.

Dr. Samyukta Bhupatiraju introduced the speaker to the partcipants.  The Dean, School of Law, Prof. M Sridhar Acharyalu presented a memento to the author-speaker. He pointed out the need to research on the aspect of change in employment and impact on society of the new labour code of December 2021 including the Code on Wages, Industrial Relations Code, Social Security Code and the Occupational Safety, Health and Working Conditions Code. Prof. Vivek N.D. proposed the vote of thanks. 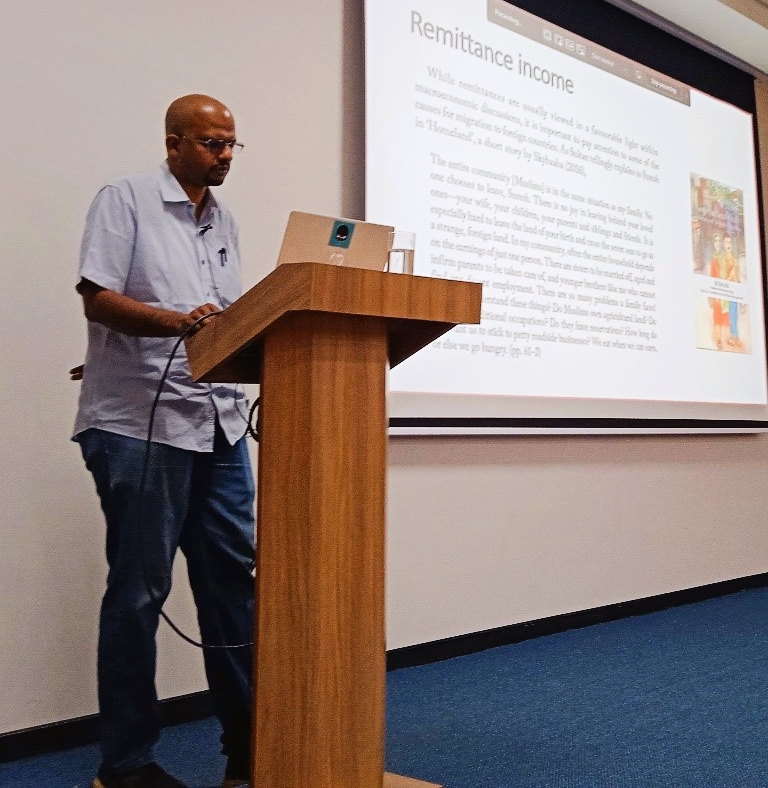 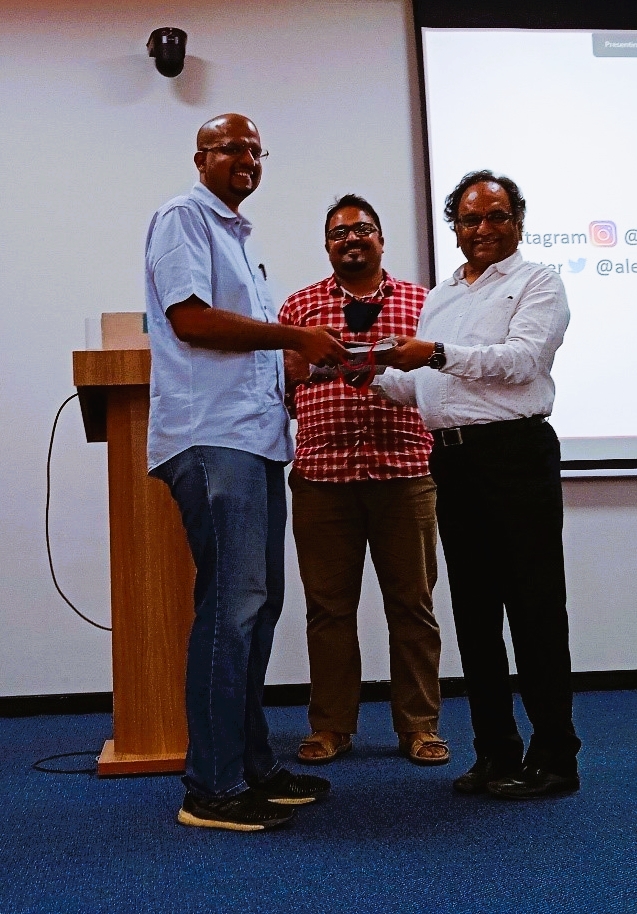